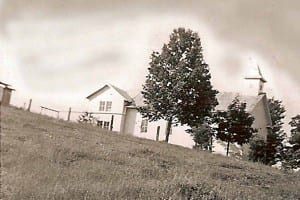 May 27, 1936 - Spring City Baptist Church was founded in the Spring City community of Russell County, Virginia by Dr. J. Taylor Stinson who served the church for seven years, 1936 - 1942.

1960 -  The parsonage was constructed across the street from the church to house the pastor and his family.

1992 - Brent Logan from Decatur, Alabama was serving as associate pastor and was called to the position of pastor and led the church to a greater ministry in missions at home and around the world.

1995 - An addition was added to the church building and houses several classrooms and offices.

1996 - Spring City Baptist School was established and has trained many young people as ambassadors for Christ in many areas of Christian service.

1999 - A fellowship hall was built that houses a prophet’s chamber, kitchen and large activity space. It was dedicated as the W.L. Odum Fellowship Hall in 2004.

2003 - Pastor Brent Logan and his family answered God’s call to the mission field to serve in Eastern Europe, particularly in Romania.

2003 - Scott Suttle, from Swannanoa, North Carolina was serving as associate pastor and was called as pastor.

200? - Pastor Suttle led the church to begin a scripture publishing ministry where Bibles and scripture portions are assembled in partnership with Bearing Precious Seed.

2013 - Pastor Suttle and his family answered God's call to the mission field to serve in the Scandinavian countries of Europe.

October 2013 - The church called Nathan Brown as their pastor.

May 2017 - God miraculously provided for the church to purchase 1380AM WLRV.

To God be the glory, great things HE hath done!